Yay. We’ve gone beyond the shortest day with many reasons to be cheerful. From now on each and every morning and evening will see increased daylight as temperatures climb and winds subside. Birds will sing and flowers bloom. We will say goodbye to news & media doomsters and their visions of apocalypse around every corner. The viruses avian and human will fade into distant memory. My gold shares will rocket as crypto crashes, again.
Happy 2022 everyone. May all your days be bird filled.
Here’s a post I knocked up earlier while waiting for the rain to stop.
It was quite recently and not for the first time that a reader in the US thought that a UK Coal Tit was one and the same species as the North American Black-capped Chickadee. Their  respective scientific names are Periparus ater and Poecile atricapillus, two related species of the same bird family known in the US as "chickadees" and in the UK as "tits". The two species are remarkably similar but where similarities occur in other species of animal or bird, confusion is avoided by understanding and/or investigating the respective scientific or Latin names. 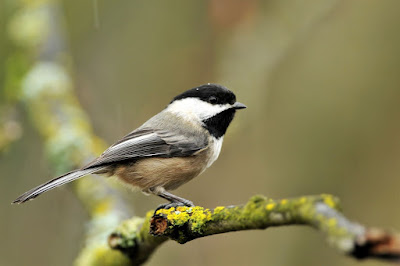 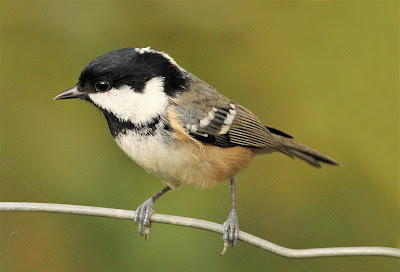 Coal Tit
For many birdwatchers the use of scientific names is boring or inconsequential, at best a riddle and of interest only to ornithologists who speak Latin. But as well as a means of allowing people throughout the world to communicate unambiguously about birds, the name give an insight into the origins of the scientific nomenclature and hence the bird itself. Here are some examples and a few pictures from Another Bird Blog archives.
There’s a question that often crops up on TV quizzes, one designed to trap the unwary. Which bird has the Latin name Puffinus puffinus? The correct but perhaps perplexing answer is of course Manx Shearwater. In days gone by the word “puffin” was a synonym for a shearwater and not the unrelated seabird Atlantic Puffin, hence it was the shearwater and not the puffin which earned the Latin title of Puffinus puffinus.
The “manx” refers to the species’ former abundance on the Calf of Man a small island lying to the south of the Isle of Man in the Irish Sea, while "shearwater” describes the birds’ mode of flight which skims or shears the water. 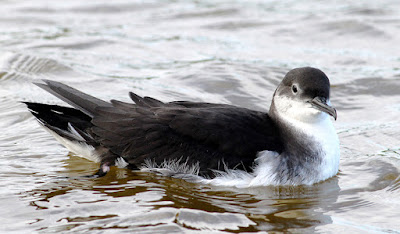 Manx Shearwater - Puffinus puffinus
The scientific/Latin name for Wigeon is Anas penelope. I’m somewhat disappointed that the Anas part of the name for such a creature should simply mean duck-duck. It’s from the Latin anas and the Greek respectively, a duck that in Greek mythology was reputed to have rescued Penelope when she was thrown into the sea. 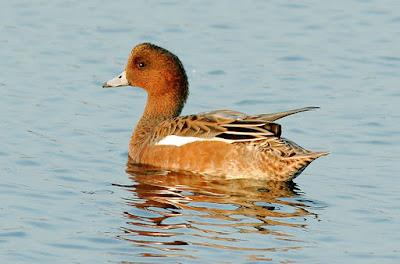 Eurasian Wigeon - Anas penelope
Would anyone who has slept under a duck down duvet that contains feathers plucked from an Eider duck Somateria mollissima disagree with the Latin meaning “very soft woolly body”? 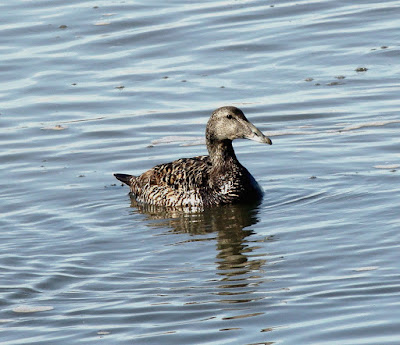 Eider -  Somateria mollissima
Now for an easy one, Barn Owl. Tyto alba simply means white owl. I think we can all agree on that one for the often ghostly apparition that will sometimes allow a photograph or two. 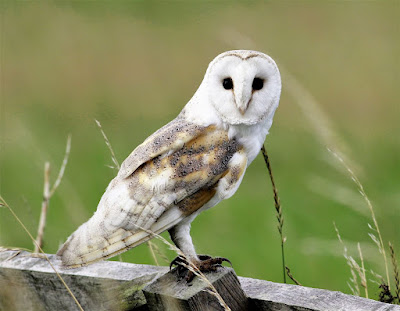 Barn Owl - Tyto alba
One might think that the rustica element of the Latin name Hirundo rustica refers to the reddish forehead, throat or the often pink underparts of our common Swallow. In fact it means a rural or rustic swallow. The Swallow is a bird which graces our countryside for a few short months of the year. Long may it continue to do so until the politicians succeed in concreting over the entire landscape of England. 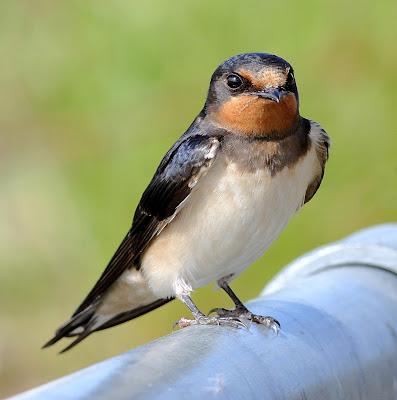 Barn Swallow - Hirundo rustica
I’ve not heard of any Bohemian Waxwings Bombycilla garrulus finding their way to the UK this autumn and winter but if they are around soon I’ll be looking out for the “chattering silk-tails” that their Latin name describes. The Bohemian part of their common name tells us the species’ wandering habits were reminiscent of tribes of gypsies or Bohemians. The silk tail is self explanatory when an observer or luck bird ringer receives close views of this beautiful species. 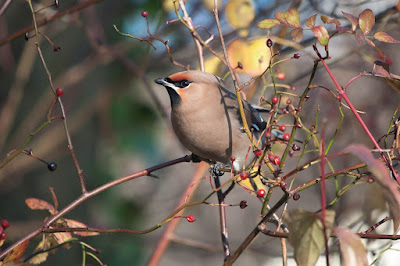 Bohemian Waxwing -  Bombycilla garrulus
The Phylloscopus collybita of Chiffchaff translates as Phylloscopus a leaf-watcher, and collybita originating from a word meaning money-changer. The clicking, repetitive sound of the Chiffchaff’s song "chiff-chaff, chiff-chaff" was thought to resemble the sound of coins being clinked together.
That’s a really interesting if somewhat esoteric explanation which may or may not be the truth. Readers should think about that one in the Springtime while watching and listening to a Chiffchaff in the tree canopy. 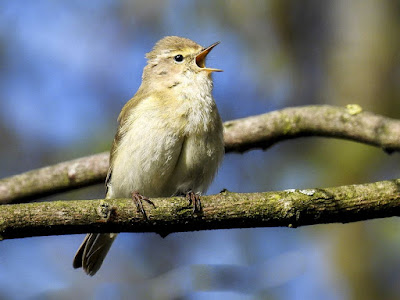 Chiffchaff -  Phylloscopus collybita
There was a Jay Garrulus glandarius in my garden just this this week, taking a break from raiding the young oak tree in a neighbours garden. Jays are often silent but “acorn-eating chatterer” would apply on many occasions. 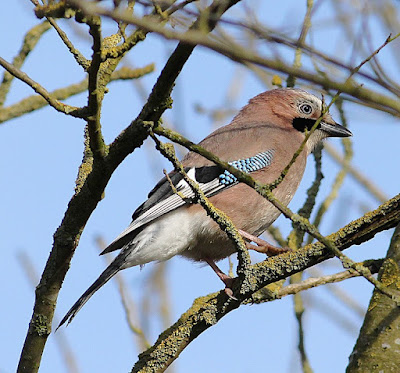 Jay - Garrulus glandarius
Please excuse my bout of name dropping today. It's not something I normally do or even like to hear from others, but hopefully there will be more posts and news soon.
In the meantime here's wishing readers, new or old a very Happy Christmas.