Too much food, too much booze and too few birds - that about sums up my last fortnight. It’s not for the want of trying when a number of trips out in less than ideal weather brought scant reward.  Or from recent Australia but in England cricket parlance, “little to report and even less to trouble the scorers”.
In recent days Buzzard, Kestrel and Merlin provided the raptors, but a few sightings only of Barn Owl or Little Owl where mild but windy weather with zero frosts meant no requirement to feed in daylight hours. 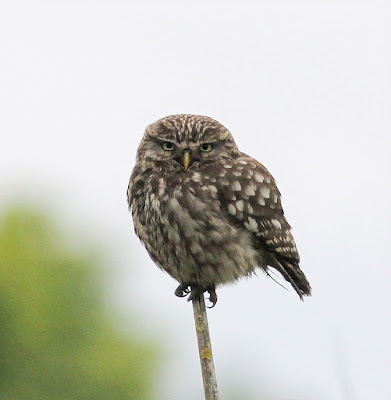 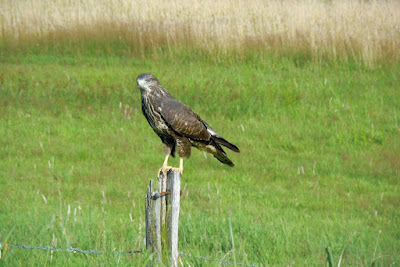 Buzzard
Supplementary feeding areas gave counts of up to 180 and 80 Linnets at two places respectively while Chaffinches, Greenfinches, Reed Buntings and titmice added to the bulk. 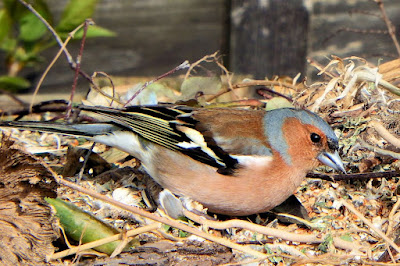 Chaffinch
Redwings and Blackbirds provided the thrush interest while a single Fieldfare made me question to where they all fled during November. 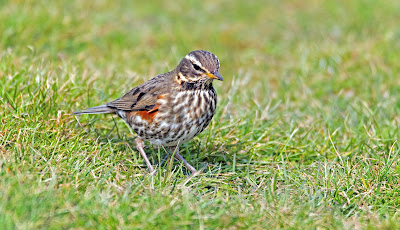 Redwing
After five weeks we expect to be notified any day now that the 10km ban is lifted and we can return to favoured ringing sites out Pilling and Cockerham way. In a previous post I remarked that shooters also are prohibited from their activities in areas affected by the Avian Flu.
After recently finding wildfowlers in our often shared haunts and engaging in conversation, it seems that I was mistaken. The guys were quite open about their shooting and two not even aware of our local outbreaks of Avian Flu when Covid dominates news outlets and normal conversation.
"BASC (British Association for Shooting and Conservation) is advising members that an Avian Influenza Prevention Zone (AIPZ) has been implemented across the UK."
“In addition to the requirements of the AIPZ, housing measures came into force on 29 November 2021. The Chief Veterinary Officers for England, Scotland, Wales, and Northern Ireland have brought in housing measures across the whole of the UK to protect poultry and captive birds from avian influenza following a number of confirmed cases across Great Britain in recent weeks. The housing measures mean that it will be a legal requirement for all bird keepers across the UK to keep their birds indoors and to follow strict biosecurity measures in order to limit the spread of and eradicate the disease.”
“Shooting is not restricted as part of the conditions associated with this Prevention Zone. Neither is shooting directly impacted by the implementation of 3km and 10km control zones at sites where Avian Influenza is currently identified. However, BASC is urging members to be vigilant and aware of the symptoms of the disease and to follow the latest biosecurity advice and any measures required in the zones.”
"Anyone attending a shoot should follow good personal biosecurity and regularly cleanse and disinfect clothing, footwear and vehicles – this is particularly important if they have any contact with game birds, poultry or other captive birds. There is, however, a possibility – albeit remote - that wild birds shot or culled in pest and predator control could be infected with bird flu at any time of the year, so it clearly makes sense to avoid actions that could spread infection from killed wild birds into any kept birds, whatever their species. Do not use the same vehicles and storage facilities for shot and live birds without thorough cleansing and disinfection in between. Keep all shot or culled birds well away from any kept flocks. Likewise, wash or sanitise hands and wash clothing well after handling dead birds and before any contact with kept flocks to minimise spreading infection. Gundogs are not at any particular risk from bird flu but as a precaution do not allow dogs to eat any dead wild birds and do not feed uncooked shot or culled birds to animals."
Just as witnessed in early 2021 UK wide lockdowns because of Covid, rules applying to people following outdoor pursuits are different whereby shooting has a lower level of control than bird ringing, bird watching or even walking in the countryside.
To paraphrase George Orwell, 'All countryside pursuits are equal but some countryside pursuits are more equal than others'.
Follow the money.
A Happy New Year to followers of Another Bird Blog, past, present and future.