Flippin' heck. It's been a while.

As ever, I have had lots of good intentions to update this page from time to time but alas I simply haven't got round to it. So, here we are almost two years since the last post. Quite a lot has happened in that time to be fair, both in the wider world and indeed at Aldcliffe. And, while many of the bigger issues have been somewhat consuming, we shall try not to focus on those here and instead direct our interests to the matter of birding in and around the Aldcliffe area. 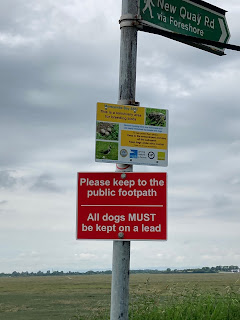 Since our last blog post, there have been a one or two notable developments in the area.
The Lancaster & District Birdwatching Society (LDBWS) have installed an excellent feeding station by Pony Wood at Fairfield. As a result we have seen a wide variety of species using this resource including good numbers of reed buntings and bramblings - much to the delight of local birdwatchers and the local community in general.

Also, some extensive drainage work has been done in an effort to reduce flooding in the fields bordering Aldcliffe Hall Lane and the cycle track. This has the potential to reduce this area's appeal to birds (particularly passage waders and wagtails etc) but the actual outcomes have yet to be seen.

Meanwhile the overall condition of the Aldcliffe landscape continues to be generally poor for wildlife and the stretch from Freeman's Wood to Stodday is increasingly uninviting to many birds. A notable increase in the number of people using the cycle-track and the spill-over disturbance onto the marsh and into the fields, especially by significant numbers of people with off-lead dogs, appears to be having quite an impact. Despite lots of signage having placed at the entry points, many dog-owners appear to think that it applies to other pet owners only. 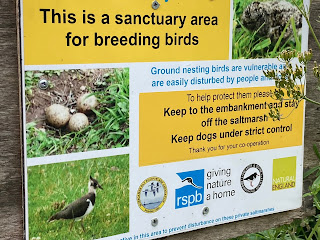 The Wildfowlers' Pools still attract plenty of birds seasonally as do Freeman's Pools, so it's not all bad.

When I started this blog, the primary purpose was to try to highlight the area's potential and hopefully encourage more birdwatchers to visit - after all I had been birding here since the 1980s and knew how good it could be! Thankfully, more people do birdwatch here now than ever and thanks to this increase and regular ongoing coverage by a small but dedicated band of local patchers we have a far better understanding of the area and its value to breeding and wintering birds as well as off-passage migrants.

So, given that it's spring (not that it feels like it out there today) let's kick off with some seasonal news...

Spring migrants so far include:

Chiffchaff (plenty singing around the entire area for some time now)

Blackcap: (small numbers singing in and around Freeman's Wood)

(No one had any sand martins here yet???)

It is my intention to maintain some sort of updates here moving forward, but I've had those sort of intentions before. Let's see how we get on...