After the promising warmth of late March the first week of April saw a plunge in temperatures, cold northerly winds and the return of rain. The week has been pretty miserable with no opportunity for ringing and little in the way of birding news here on the blog.
In absence of anything more, I’m posting news of a couple of recently notified Lesser Redpoll recoveries from birds previously ringed at our site at Oakenclough, Near Garstang. The second one reinforces the cold weather effects of early April.
Lesser Redpoll ALJ4397 was first caught on 12 August 2020 when it could reliably be aged as a bird born in that same summer. In August 2020 it was just a few months old, without any obvious male or female plumage characteristics, so was databased as a “juvenile/first summer”. 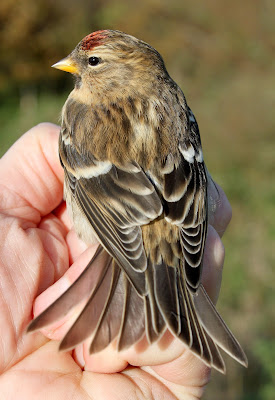 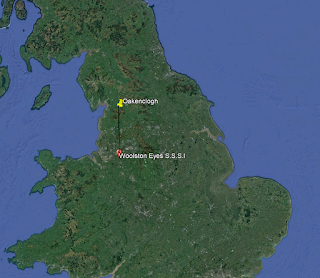 Lesser Redpoll - Oakenclough to Woolston Eyes
The same individual was recaptured by Merseyside Ringing Group on 13 March 2022 at Woolston Eyes, Warrington, 577 days after the first capture. By now and after a period of 577 days of plumage changes the Merseysiders were able to see that ALJ4397 has become an adult female. 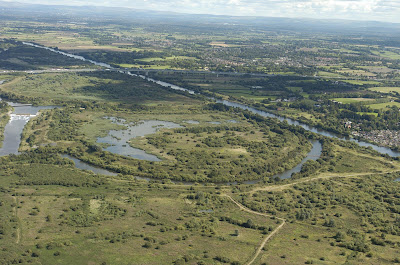 Lesser Redpoll
This redpoll was found dead on 3 April 2022 at Langholm, Dumfries and Galloway, Scotland during a spell of very cold weather.
On the information report, the finder remarked that AKE3862 was “Freshly dead - within about a week. Poor condition indicating cold weather. Temperature at night around freezing for the past four nights”.
872 days had passed since the original capture with nothing in between to indicate where AKE3682 had been in those interim seasons or during migration times. 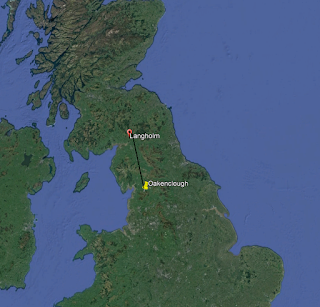 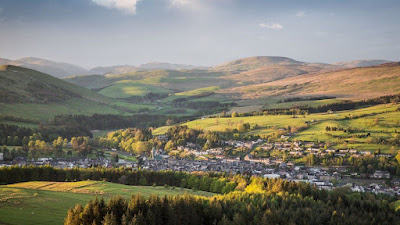 Langholm, Dumfries and Galloway, Scotland
As in the first example above, but now in a more obvious way, it seems that AKE3682 was a bird of Scottish origin heading south on 13 November 2019 and then on 3 April either arriving at its migration destination in Scotland or about to continue to a more northerly journey's end.
+++++++++++++++++++++++++++++++++
The weather is looking more promising for Saturday now. Fingers crossed for more news, views  and pictures to entertain regular blog followers.