The temperature readout showed -1°C and warned of “possible icy roads”. It was 0530 as the wipers scraped across the icy windscreen. I pressed the heated seat buttons, one for me and one for the jacket draped over the seat. I was driving to meet up with Andy and into the hills of Oakenclough where it’s always two or three degrees colder than the Fylde coast.
Over Rawcliffe Moss the car lit up two Roe Deer frozen in the approaching main beam so I slowed and turned off the lights so as to let them walk across the fields towards the rising sun. It’s best not to panic wild deer into a mad dash, especially if there are fences nearby. 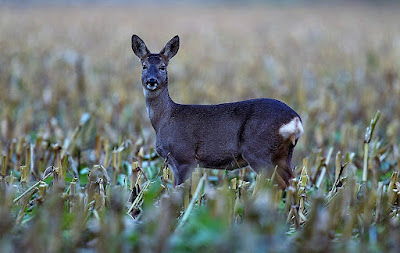 Roe Deer
As ever, and after a couple of poor catches out Pilling way we hoped that things could only get better, despite talk of continued cold weather in Spain, Portugal, and France, countries through which our migrant birds must pass before reaching the UK.
We caught migrant and newly arrived Chiffchaff and Willow Warbler in the first hour but then faltered through until 1030 without catching anything too exciting in the way of species or numbers.
Goldfinch, Lesser Redpoll and Coal Tit were caught at feeding points while Coal Tits are something of a local speciality because of the proximity of a stretch of conifers.
15 birds of 9 species caught - 3 Great Tit, 2 Lesser Redpoll, 2 Goldfinch, 2 Robin, 2 Coal Tit, 1 Wren, 1 Dunnock, 1 Willow Warbler, 1 Chiffchaff. 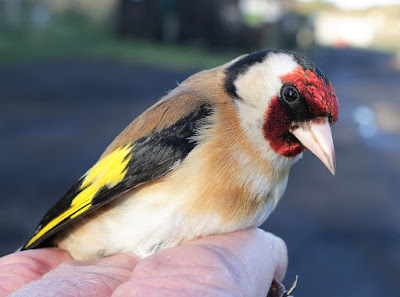 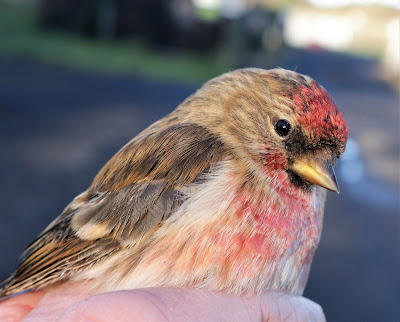 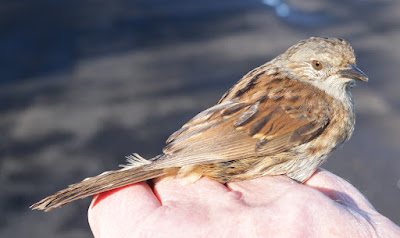 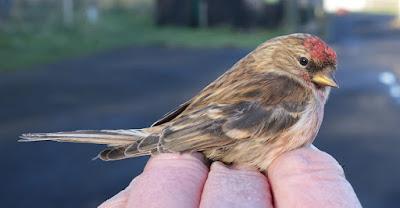 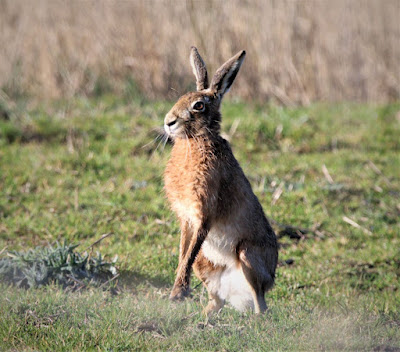 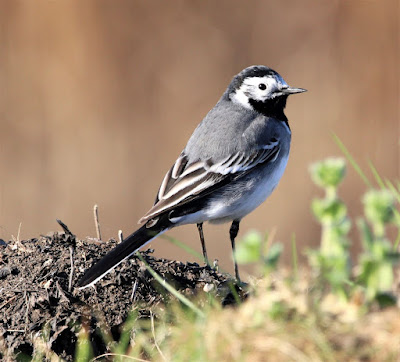 Pied Wagtail
Linking this weekend to Eileen's Saturday Blogspot and Anni in Texas.
Back soon. Don't go away.