The spring has been Slow Burn rather than Fast Track North. A couple of weeks of cold weather put a damper on northerly migration and at some point these birds have to get a rush on to bag the optimum breeding spots.
Local bird and WhatsApp news tell of ones and twos only of Willow Warblers, Chiffchaffs and Blackcaps, all species that normally arrive in a rush in early April. Hardly anyone has reported Swallows or Sand Martins or even Wheatears. House Martins are a distant dream and Swifts a Lottery Prize.
Thursday morning and at last warms winds from Atlantic West Africa might well deposit both variation and numbers in the hills above Garstang where Oakenclough became the destination and a meet up with Andy and Bryan at unearthly 0615.
Birds caught: 8 Willow Warbler, 3 Lesser Redpoll, 2 Chaffinch 1 Goldfinch, 3 Coal Tit, 1 Chiffchaff, 1 Blackcap, 1 Blackbird.
At last then, a few Willow Warblers caught, some from previous seasons and as we might expect for mid-April, mostly males and one female. Female LDL516 had been first ringed at Oakenclough 4 June 2020, male LDL808 first ringed on 11 May 2021. 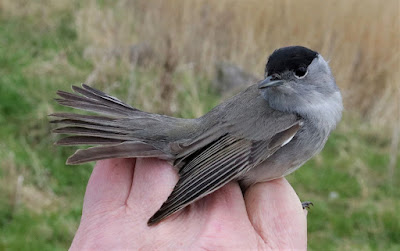 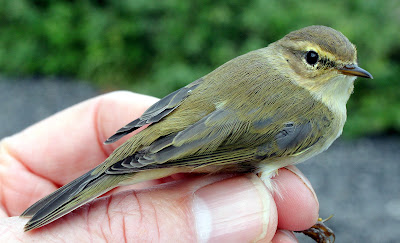 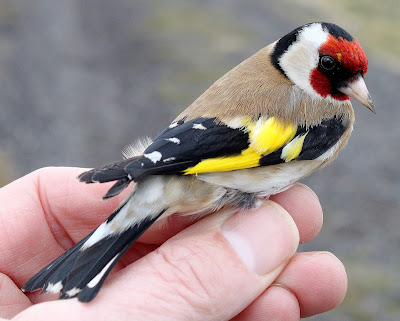 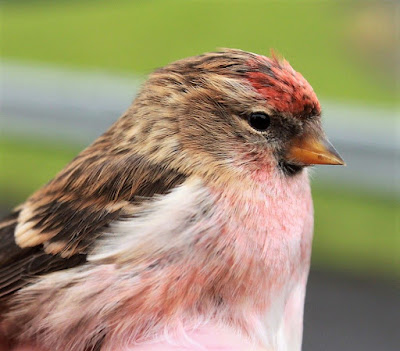 Lesser Redpoll
One of the Lesser Redpolls came with a ring from elsewhere. APN5870 was not one of our rings and may have been ringed north or south of our recapture. After the holiday break we will find out where it was originally ringed.
Visible migration was nil except for two Swallows while a total of 20 birds caught is better than recent efforts as we await the arrival of species such as Garden Warbler, Whitethroat, Lesser Whitethroat and the two flycatchers, Pied and Spotted.
The holiday weekend will be family time with probably no birding or ringing until Tuesday next. Log in then to Another Bird Blog for the latest news on Spring 2022.
Next week will also see a book review here on the blog, a new book that will interest many birders and wildlife enthusiasts. And it’s a ten quid bargain!
Linking this weekend to Eileen's Saturday and Anni in Texas.