As the result of a fall in perfect conditions, in the four hours around the Birk Bank area, I recorded at least 22 Willow Warbler most heard only,  Otherwise, a lone Chiffchaff, 4 Meadow Pipit, 3 Buzzard soaring and mewing, and 2 Dunnock in the car park on Rigg Lane.

It was good to get myself back on the top of Birk Bank again on Thursday to find 4 Stonechat. A little early in the season to get the full picture of breeding birds here, but if I get myself back up at the end of April, the picture will be more convincing. 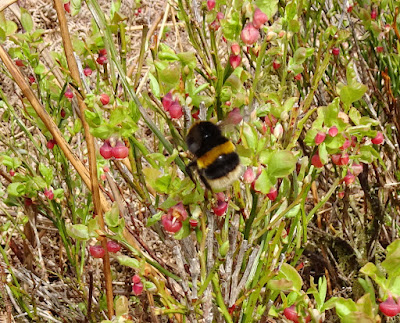 I saw a few Buff-tailed Bumblebee, and also saw White-tailed Bumblebee, the taxonomy of which is complex and the subject of ongoing research. The label Bombus lucorum is used to include two other species, B.magnus and B.cryptarum, and are treated as 'aggregate' species....Add to this, much more science of interest....But I'm out of my comfort zone now! 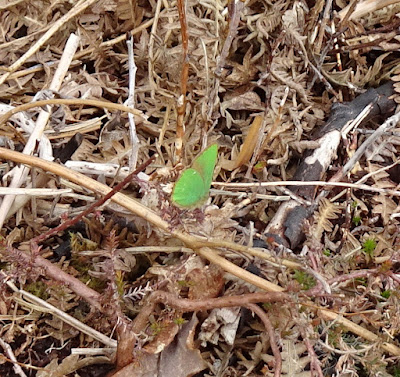 Up the path from the car park, I was confronted by a rogue Red Grouse, the second of its kind, with one behaving in the same manner was seen several times a couple of years ago in this area. They are aggressive, and the last one actually flew at me on one occasion. I reckon neither of these birds can fly any distance if at all, and behave for some reason in a retarded manner. 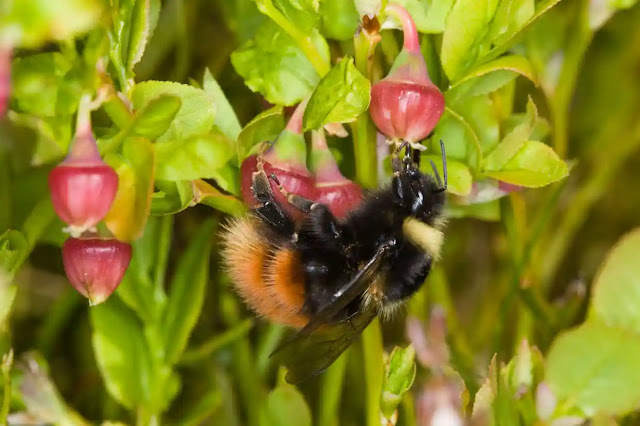 Bilberry Bumblebee. Copyright David Whitaker.
It would have been great to have found my Birk Bank Buff-tailed Bumblebee was a Bilberry Bumblebee like David Whitaker did. With the help I've had from some experts, I may decide to take on the quest to hunt them down in Bowland.
I'm grateful to Ian Mitchell for being in touch with the moth in his trap recently. 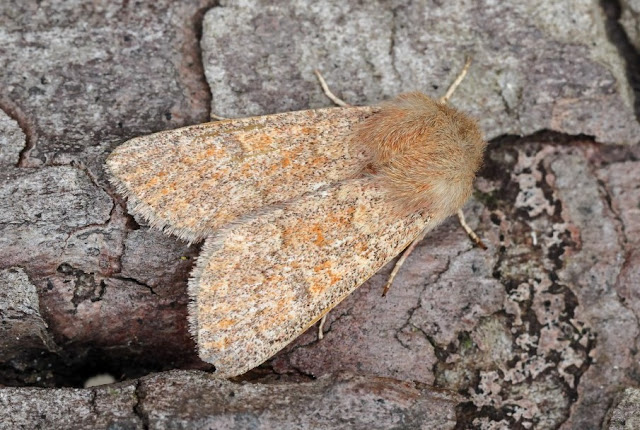 Blossom Underwing. Ian Mitchell.
A scarce moth, not common anywhere, found locally in the south and Wales, and infrequently seen in NW England. Its name is given by the pink-tinged hindwings distinguishing it from most other species. Nice one Ian, many thanks.