There’s another book review today, the soon to be released “How Birds Live Together - Colonies and Communities in the Avian World” by Marianne Taylor. 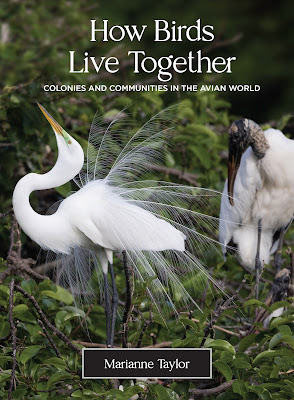 How Birds Live Together - How Birds Live Together - Princeton
Marianne Taylor is a freelance writer, editor, illustrator, and photographer, the author of more than thirty books on natural history, including The Gull Next Door reviewed in Another Bird Blog in November 2020.
How Birds Live Together is not a run-of-the-mill bird book; the clue is in the sub-title of “Colonies and Communities in the Avian World”. This book is not a field guide or a species/bird family monologue but is instead a fascinating and many faceted collection of essays grouped around the “who, what, why, where, when and how” of species that live together in often quite different habitats and environments across the world.
I suspect that the author’s approach to this subject is a first, a line of attack that until now has not have been explored in a single book about birds. (I stand to be corrected by my ever knowledgeable readers). It’s more likely that accounts and study of avian interactions are separate sections within a book devoted to a single species or to a family of birds where social living, feeding interaction, or piggy-backing on other species is a notable or unique feature of the subject matter.
The Contents list of How Birds Live Together doesn’t give too much away but instead leaves the reader to imagine, suspect, and/or to eventually discover what lies within. The species and topics covered are worldwide where some will be familiar to many birders and wildlife enthusiasts at least in name or place if in not in the finer detail explored and pictured. 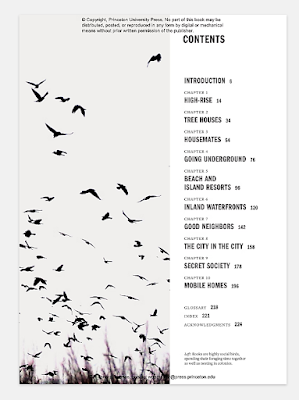 How Birds Live Together - How Birds Live Together - Princeton
For instance, High Rise explores the world of sea cliffs with spectacular pictures of the many birds that use the famous Bass Rock of Scotland, Leopold Island, Canada or Grassholm, Wales. The remarkable picture of Arctic auks at imminent risk from a marauding Polar Bear almost begs the reader to shout “Behind you”. This Chapter has many such splendid photographs, like the one of murres and kittiwakes of Nanavut, Canada or the North American Cliff Swallow, a species that can glue a nest to improbably perpendicular cliff faces. 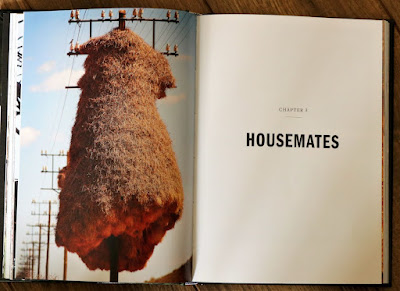 How Birds Live Together - How Birds Live Together - Princeton
I discovered that Red-footed Falcons live communally often taking over old or existing nests of colony nesting Rooks and that the interrelationship of the two species is such that their breeding ranges can be mapped one on top of the other.
Within the Chapters are several accounts devoted to a single species, e.g. the Cliff Swallow and the uninvited housemate that is the Greater Ani of South America, a member of the cuckoo family which employs the modus operandum of brood parasitism against another species.
There is also a species profile of the Common Starling, a misunderstood bird but one whose high speed synchrony and murmurations are a familiar example of how birds live together by using safety in numbers to outwit predators. Inland Waterfronts contains the most amazing double page image of Lake Natron in Tanzania, a lake turned from blue to pink by the arrival of many, many thousand, possibly millions of Lesser Flamingos. 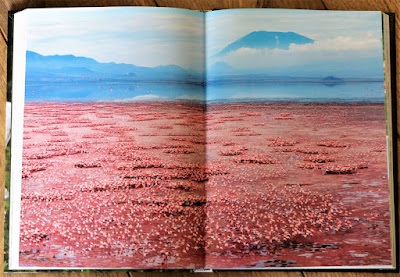 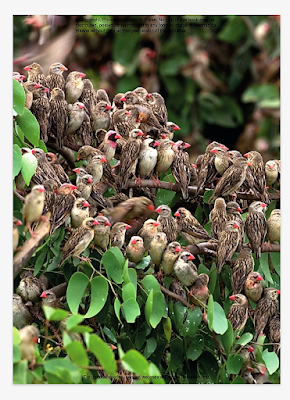 How Birds Live Together - How Birds Live Together - Princeton
A winter visitor to the UK, the Fieldfare, receives a slot in the book via Secret Society, a chapter that considers the breeding and nesting strategies of a variety of species. Often nesting colonially the resulting gangs of Fieldfares have a rather unique way of using their collective weight to repel and discourage nest raiders.
All of the above and more is contained in How Birds Live together, a quirky, eclectic and informative mix about birds from all compass directions - North, South, East and West. It’s a book that deserves to find a good number of readers eager to move on from identification and learn more about birds as species and animals in their own right.
As I worked through this book I felt that the Chapters, the topics, the individual entries and examples were occasionally disjointed and fragmented, jumbled in choice and presentation whereby a number of sections may have worked better with a longer read. Overall that was my personal preference and other readers may find the layout and presentation and the length of each topic more to their liking.
Otherwise the book is beautifully produced, illustrated and finished with a number of superb and simply stunning photographs for the reader to enjoy. This is a book to return to over and over again, one that would make a lovely gift to someone starting out on a journey of  discovering birds.
How Birds Live Together - How Birds Live Together - Princeton
Price: $29.95 / £25.00
ISBN: 9780691231907
Published: May 10, 2022
Copyright: 2022
Pages: 224
Size: 7.5 x 9.88 in.