Temperatures didn’t improve throughout the week. Although the days have been fine, the cold,  nagging easterly winds and cool daylight hours have definitely held back migration of insectivorous species.
On Wednesday I met up with Andy for a 6 am start hoping that we might catch new migrants. We did, but 6 Sedge Warblers and 2 Great Tits was our sum total and by 10 am we had packed up as nothing much was about to happen.
Perhaps the “best” bird of the morning was a Corn Bunting, singing from the same spot as a week previously. We suspect it has yet to find a mate so may not stay around much longer in what is now a Fylde landscape containing very few Corn Buntings.
Otherwise, a single Willow Warbler did well to avoid our three nets. 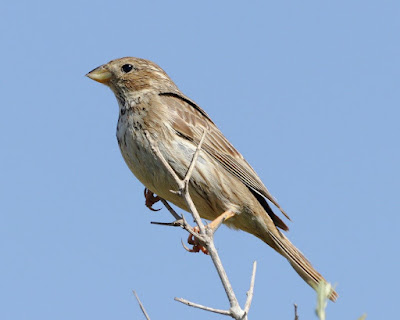 Corn Bunting
During almost four hours we saw no Swallows, House Martins or Reed Warblers, three species that are normally here by this date. The slow spring and lack of Swallows this year seems to be a topic of conversation amongst birders and people who spend time in the countryside.
++++++++++++++++++++++++++++++++++++++
Gluttons for punishment we arranged to go up to hills of Oakenclough on Friday for another 6 am start. The morning was equally cold with the temperature gauge reading 2.5 degrees and a “possible ice” message as I set off for the 35 minute drive.
We didn’t fare any better than Wednesday with just six more birds caught - 2 Willow Warbler, 2 Blackcap, 1 Blackbird and 1 Goldfinch. We had a good of 12 to14 singing Willow Warblers on site and we think that a good number of the later arriving females have yet to arrive and meet up with the Willow Warbler of their dreams.
The two Blackcaps comprised one male and one female. The male was in an unusual stage of plumage with his cap still showing a lot of juvenile brown amongst the black cap. By April any juvenile brown from the previous year should have long gone. Although weight was normal, the overall plumage looked in a poor and weak state and we suspected the bird wasn’t in the best of health. 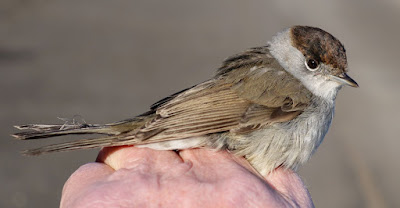 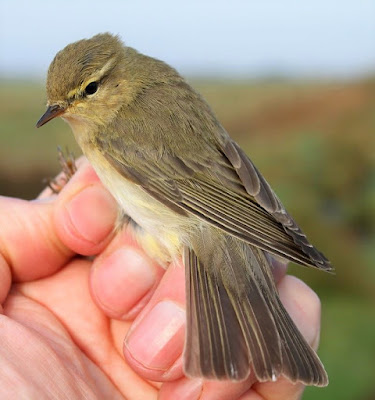 Willow Warbler
The Greylags up here in the hills are quick off the mark to breed, seemingly oblivious to any type of weather. On Friday we saw two pairs with three youngsters each, pretty good going for 29 April.

Greylags
There was a Kestrel hanging around for a while and then miracle of miracles, two Swallows put in a brief appearance by dive bombing the Kestrel. A pair of Pied Wagtails was on territory along the stone walls, a plot that they seem to keep throughout the winter. 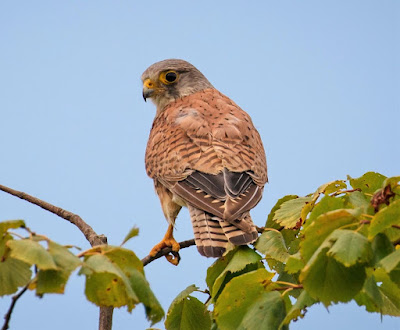 Kestrel
I know that next week will be better for both news and photographs. Tune in then. You will not be disappointed.