Friday got off to a good start for me, when, enroute to Harrisend for end of April chats. I found a pair of Redstart, obviously breeding in the trunk of an Ash....Watch this space.

In the tree next to the Ash, a pair of Lesser Redpoll, with a Mistle Thrush close by. 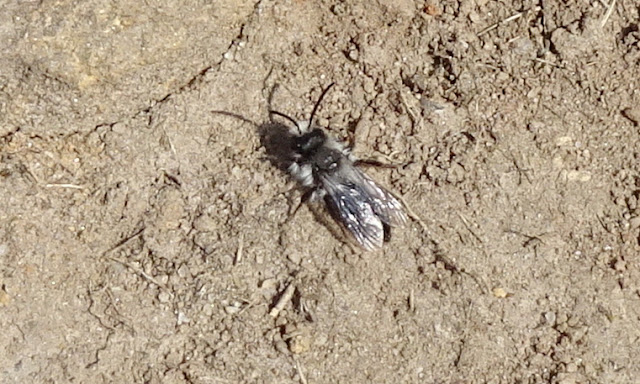 Andrena cineraria Pete Woodruff.
A small aggregation of Ashy Mining Bee were on the dry sandy path, from where I found them emerged from their burrows. A robust and distinctive mining-bee, unlike any other species in Lancashire with its ashy-grey appearance.

On to Harrisend where I found 6 Stonechat, seen as a pair and four male. Whilst I gave all the male birds a few minutes to see any females, I can't record as such, but I reckon there are five breeding pairs on Harrisend to date.

But better was to come, following one at Cockersand last Tuesday, I came across another stunning male Whinchat which was still around the same fence post on my return two hours later....A bit of Harrisend magic this time.

A Cuckoo was calling frequently whilst I was on Harrisend, it was in the Nicky Nook area, from where I hear the bird near annually. Also noted here, 34 Meadow Pipit, 4 Willow Warbler, 3 Wren, a pair of Linnet, a single Red Grouse, and 2 Buzzard soaring overhead with periods of interaction. Butterflies seen, 3 Peacock and 2 Green Hairstreak.

A pair of Siskin enjoying the offerings of our feeder.
No aplogise for the repeat in my header, at least a slightly better pik than the Cockersand Whinchat.
News From The Pool. 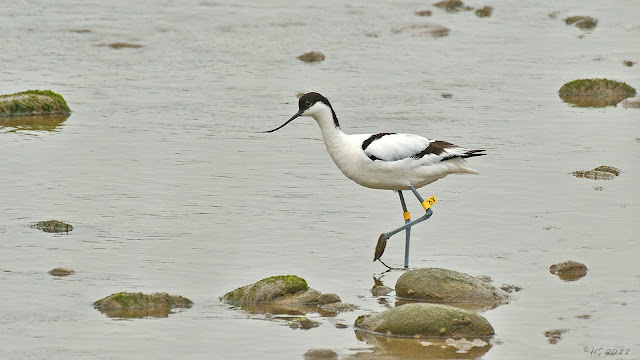 Avocet colour flagged 6V, is one of last years back on Conder Pool. 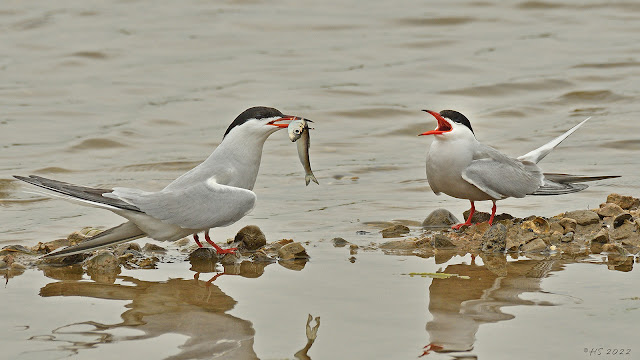 This Sunday morning, 5 Common Tern were on Conder Pool, with this pair displaying. If I was this female tern, I would be well pleased with this excellent offering.
Thanks to Howard Stockdale for images and updates on this excellent news for Conder Pool.