The last ten days proved very frustrating. Since returning from Greece in the early hours of 18 May, I’ve not been able to get out birding or any meaningful birding. 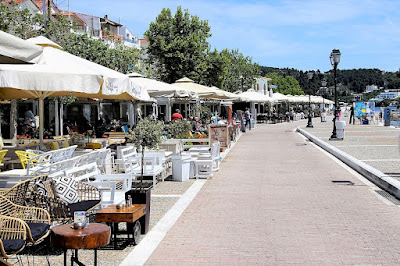 Skiathos, Greece - May Days
My return to a typically British summer of wind and rain meant that gardening and other chores took priority. There’s one thing to say in favour of the good old British climate - it certainly makes things grow, as testified by our green waste bin now bursting to overspill with clippings of grass, trees and hedgerow.
At last, I’m free so on Saturday I met up with Andy at Oakenclough at 0600 and a promised sunny morning with less than 10mph wind and the customary cold northerlies.
As I drove on site a buck Roe Deer leapt over the wire fence ahead and disappeared into woodland. I searched in the boot for hat and warm jacket in readiness for the display of 6°, unlike the 27° of recent Skiathos.
There were Willow Warblers and Garden Warblers in song, a foretaste of that to follow as we caught with good variety, unspectacular numbers but thankfully not a single one of the customary titmice. In fact throughout the morning, a single Coal Tit was the only representative of the tribe.
14 birds caught – 5 Willow Warber, 2 Chiffchaff and one each of Blackcap, Garden Warbler, Bullfinch, Goldcrest, Pied Wagtail, Robin and Dunnock.
The adult male Bullfinch was a stunner. 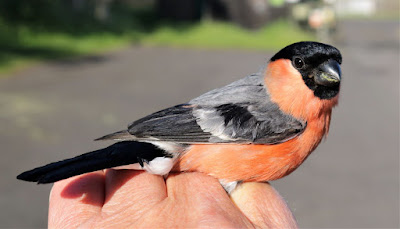 Bullfinch
Both the Blackcap and the Garden Warbler proved to be adult female with full brood patch, the Pied Wagtail a second year male. 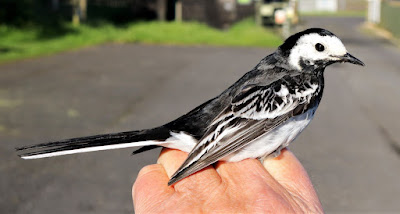 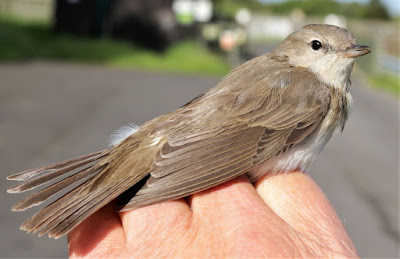 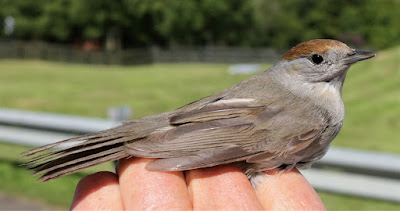 Blackcap
The young Dunnock an example of how soon young birds are able to leave the nest and become at least partly self-sufficient when upon release it flew strongly into the trees from whence it came. 1678 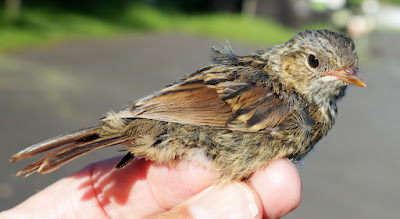 Dunnock
We caught adult Willow Warblers only with no examples of recently fledged ones. The cold weather of May has slowed the species’ breeding season with the emergence of young a week or more away. 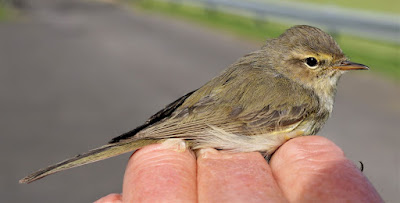 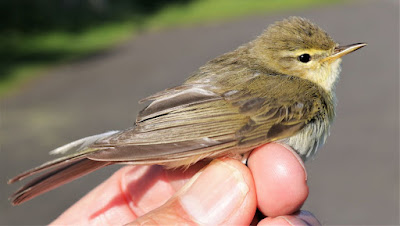 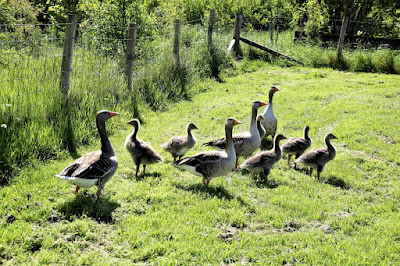 Greylags
Linking this weekend to Eileen's Blogspot and Anni in Texas.