Sand Martins arrived late from North Africa this year. Cold northerlies and cool temperatures throughout April and May saw few at the Cockerham colony and those that did find their way didn’t seem to hang around long.
The quarry faces north and the Sand Martin’s tunnels look out in the same direction whereby there is no warming sun until late in the morning. Insects might be in short supply and perhaps this site is not a favoured one when newly arrived birds are free to fly off and find a more suitable location?
Whatever the reasons, probably a combination of many, the land owner Chris phoned me mid-May to ask “Where are my Sand Martins?” Although I was in Greece at the time I was able to reassure him that the martins would be along soon but warned of a late breeding season but one where a “proper” summer might enable the birds to catch up somewhat.
During the last week we waited for a suitable morning which finally arrived on Saturday. I met up with Andy and Will at 0630 at the colony where we set a single net to see how the martins were doing. We estimated around 80/100 birds present of which we managed a catch of 41 new ones and 1 recapture from 2021. All of the catch were adult birds, 23 males and 19 females.
The catch included "8911708 Museum Paris", a Sand Martin bearing a French ring. Almost certainly this was ringed in the vast reed-beds of Loire Atlantique. 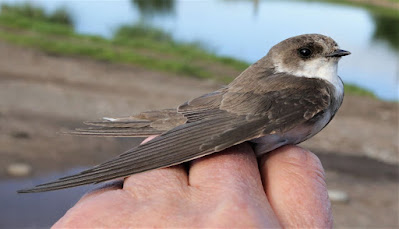 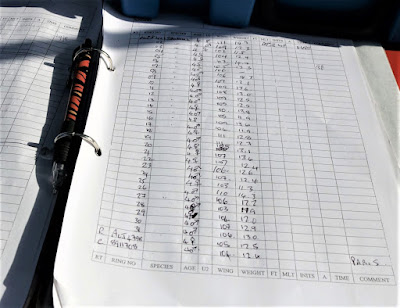 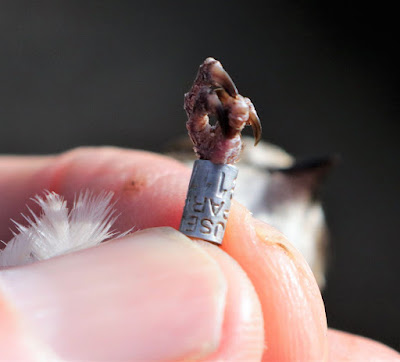 Museum Paris 8911708
We’ll visit again at the month end and see if the Sand Martins caught up with their late start and to estimate how many young they rear. Other birds this morning - Kestrel, 2 Great Crested Grebe, 2 Pied Wagtail, 3 Oystercatcher. 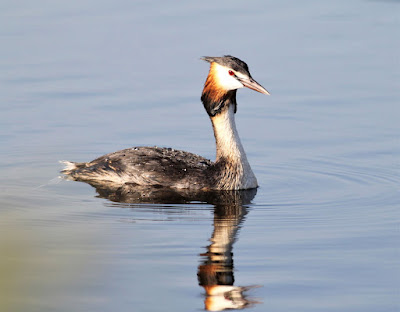 Great Crested Grebe
Meanwhile Friend Steve has both Kestrels and Barn Owls at his home. While the Kestrel camera is working fine, the Barn Owl camera is on the blink, which means a trip up the ladder to determine where the owls are at. 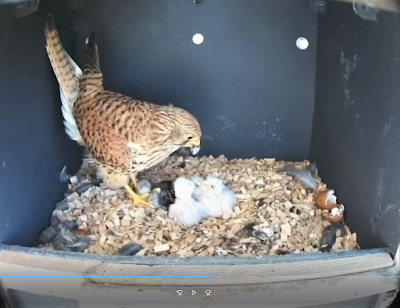 Kestrels
Back home there’s a Dunnock in the garden sitting on five eggs that are probably quite close to hatching. 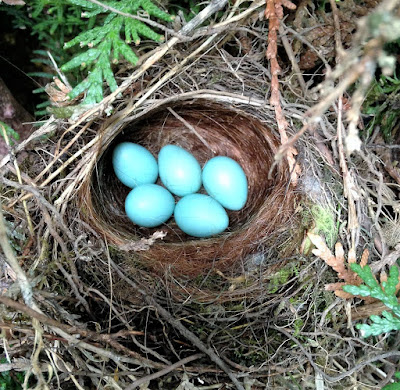