Last week was Sand Martins, this week it’s their blue and white cousins House Martins. While it’s relatively easy to catch Sand Martins that nest in waterside tunnels or quarries, House Martins that build mud nests under the eaves of buildings present a more difficult proposition.
That is the main reason why over the years since the early 1990s our own Fylde Ringing Group has captured just 43 House Martins but more than 1326 Sand Martins.
The latest Birds of Conservation Concern report of late 2021 reveals that more than 1 in 4 UK species, including Swifts and House Martins, are now in serious trouble. The UK has lost over half of its House Martin population (-57%) since 1969 and the species is now “Red-listed” and in need of further and immediate study.
On Tuesday morning an hour's drive took us to Dunsop Bridge, Bowland and a building owned by the water company United Utilities where House Martins nest under the low slung eaves just 12ft off the ground. The building sits alongside the rocky and free-running River Dunsop that hosts piles of insect food and also places where the martins can collect mud to build their homes. 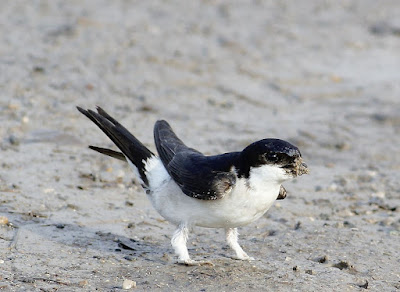 House Martin
We didn’t expect to catch many and knew that it would be adults only until late June and beyond. We estimated 10 active nests and managed to catch 9 House Martins. We’ll return later in the month and into July, August and September to see how the breeding season progressed and gather more data when we catch youngsters of the year plus more adults.
Thanks are due to United Utilities for allowing access to their works compound and to the chaps on site who put up with us for a few hours at their place of work. We all enjoyed the sights and sounds of good numbers of Pied Wagtails, Common Sandpipers, Grey Wagtails, Swallows, Mistle Thrushes. Most of all we enjoyed seeing House Martins at close quarters. 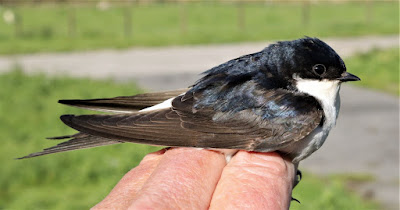 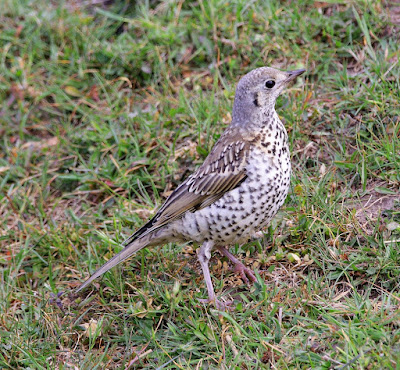 Mistle Thrush
By the time we drove back towards the coast the Trough of Bowland road was busy with cyclists, walkers and other vehicles. There was a roadside juvenile Curlew that posed for a photo but the sun was not in the best situation. Lots of Meadow Pipits were in evidence together with Oystercatchers, a few Lapwings, but sadly very few Redshanks. 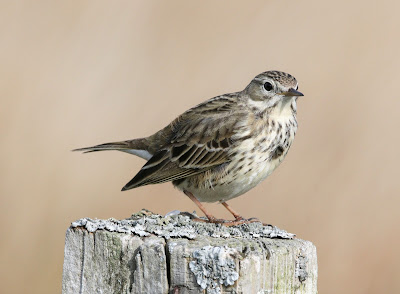 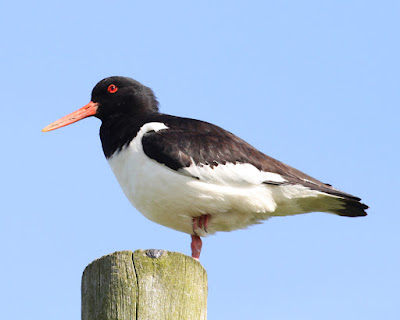 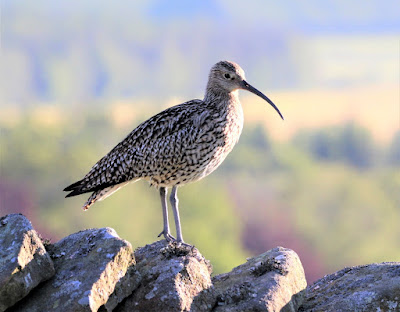 Curlew
Back soon with more news, views and photos. The next ringing will be those Kestrels and a look in  the Barn Owl nest box.