The Cuckoo is a Red Listed bird of Conservation Concern in the UK.

Having heard a Cuckoo calling at Marshaw on Thursday afternoon and being 23 June, is my latest date for hearing a Cuckoo calling anywhere, and was quite unexpected. The surprise about hearing this Cuckoo calling in Bowland, came about by learning that six other Cuckoos from the BTO satellite tagging project, have already crossed the English Channel and are now in France. So some obvious variation in the strategy of migration south from the UK for Cuckoos.

Some added interest about this remarkable species, comes in the form of a Scottish Cuckoo, who has flown 462 miles from breeding grounds in Perthshire, to the Dutch coast. This bird is now on a Nature Reserve in South Holland, and further interest is, that in 2021 this same bird was in the Netherlands, and remained there until 4 July, when he moved swiftly south through Germany and Italy, arriving in Libya 4 days later on 8 July, and arriving in sub-Saharan Niger 2 days later on 10 July.

Some interest for me in Bowland on Thursday, was finding 4 Spotted Flycatcher to add to four other birds I found on previous visits, but didn't connect with this time. A lone male Pied Flycatcher was active around the compound at Tower Lodge, 9 Common Sandpiper were on the Marshaw Wyre, and a Woodcock seen.

A Curlew was calling in the compound at Tower Lodge, on its behaviour, I felt it may have had young close by. The bird had something attached to both legs which I was unable to identify....See for yourself in the cropped still from the video. 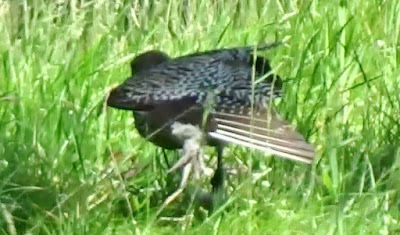 I saw my first Painted Lady today, with one at Marshaw, and another at the foot of Hawthornthwaite, where I also found 4 Stonechat, probably two pairs, but all separated by a little distance.
Good numbers of Small Pearl-bordered Fritillary are still being seen on and around the bog at Birk Bank, and I'm grateful to Martin Jump for his excellent header image of one captured there during the week. 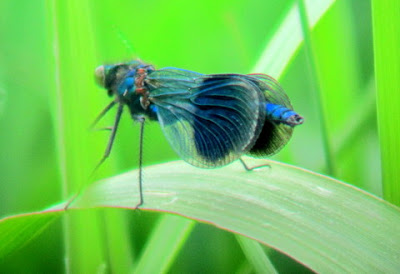 Banded Demoiselle. Pete Woodruff.
At St Michaels on Wyre yesterday, in 200 metres downstream on the River Wyre, up to 20 Banded Demoiselle including six female, a female Emperor Dragonfly ovipositing, and a Red Admiral. 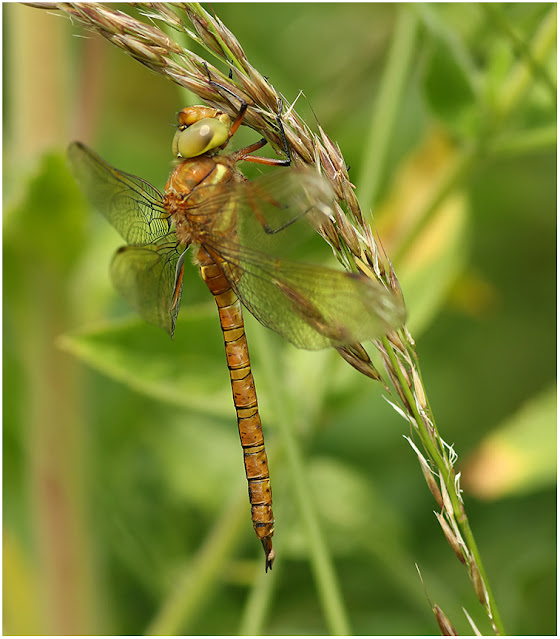