I mentioned in my last post that I would have news of some Barn Owls, and I do. A few days ago, Alice and I met Robert and Diana at their farm to ring a brood of two chicks from a box in their barn. A couple of years ago Robert fitted a camera inside the box, and it has proved invaluable to see what has been going on inside the box, and also to know exactly when to go up to the box to ring the chicks. 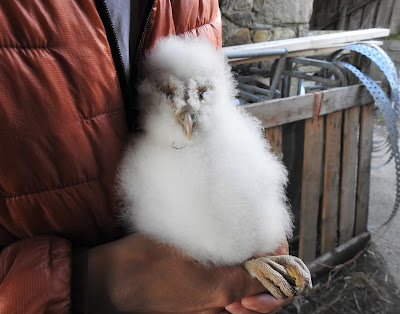 Barn Owl
Two healthy chicks were ringed, and they looked to be about 25 days old based upon the development of their primaries.
At the start of the week, Gail and I headed to the Nature Park to clear the three net rides in readiness for the autumn migration season, and yes, it is now autumn in the bird world! 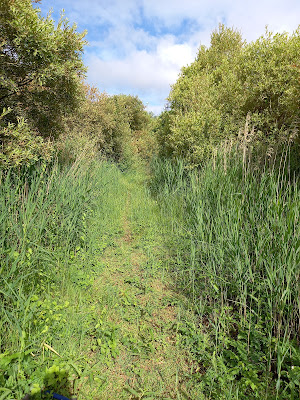 Above is one of the net rides before clearing, and below
after we had cleared it 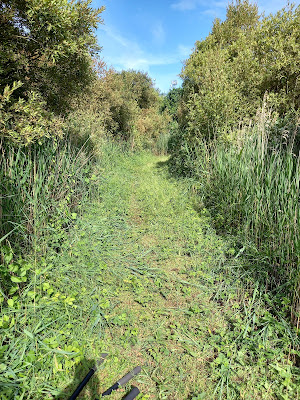 I haven't got anything much to report from a birding perspective, as we were busy with loppers and hedge trimmers, but next to net one a Garden Warbler was singing, a Cetti's Warbler was giving its explosive song from some reed-scrub, a Whitethroat was singing as well, and there seemed to be quite a few Goldfinches about. We just need some weather now to get a ringing session in. At the moment there's half a chance this Sunday, but a better chance on Monday, then again, it could easily change! I'll keep you posted.