Having made my plans, I scrounged a lift to Galgate and walked the canal towpath back to Lancaster. At my usual dawdle and search speed, the walk took me 4 hours to get back to the city centre, then took me another 1.5 hours to get home on a bus ride which should have taken just 10 minutes. Roadworks causing traffic chaos....but never mind all that.

Delight On The Canal.

I had only been on the path 15 minutes north of Galgate, when I saw up to a three figure estimate of House Martin in the skies above, hawking and thinking about the start of their journey south. Swallow were over, feeding and occasionally scooping water from the canal. I counted 10 Moorhen along the way, including two nests with young seen. Other notes, 8 Blackbird, 2 Blackcap, 2 Wren, a Chiffchaff, and a Cormorant seen fishing then took off and flew west.

There was a disappointing paucity of butterflies, pick of the bunch was a Large Skipper, with a Ringlet, Large White, 4 Meadow Brown, and a Silver Y moth. 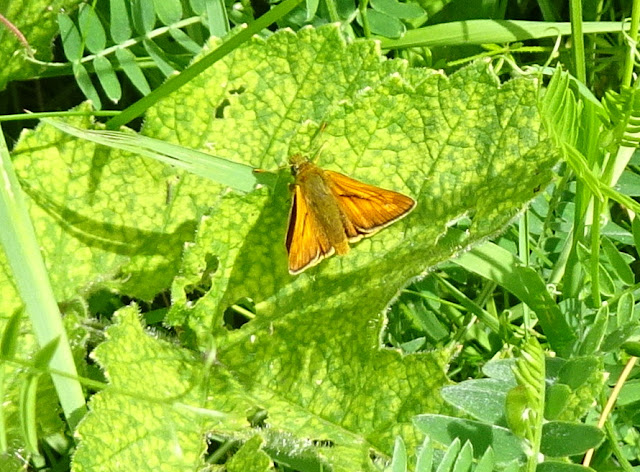 Large Skipper. Pete Woodruff.
The only Odonata seen, came as 4 Emperor Dragonfly including an obliging male, to be seen more often than not patrolling.
View Full Screen
Along this 4 mile stretch of the Lancaster Canal, the Blue-tailed Damselfly probably numbered a few hundred if I'd have really tried. 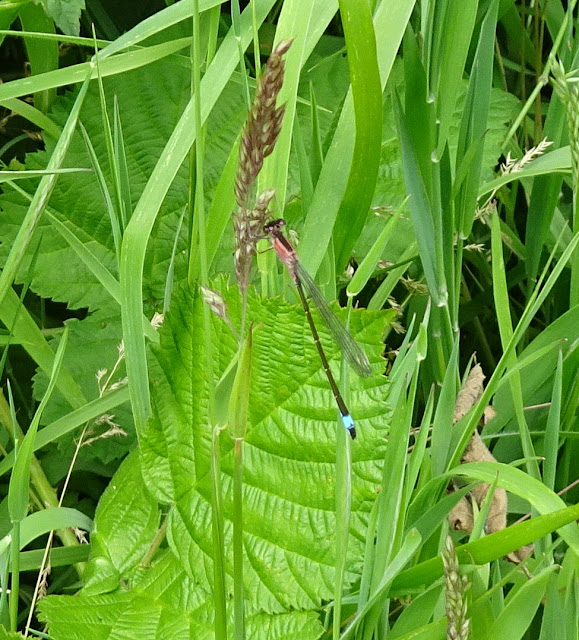 Blue-tailed Damselfly f.rufescens Pete Woodruff
Disaster On The Canal.
On Saturday 11 June, I was witness to the results of a serious pollution incident on the Lancaster Canal at Garstang, which caused the water in the canal to become black with a sickening stench.
Making enquiries to the authorities, I received a comprehensive response giving some details about the incident. In terms of actions to manage the impact of this significant pollution event which has sadly effected wildlife along this length of the canal through Garstang, aeration equipment was deployed to improve oxygen levels within the water. This action is continuing until the water chemistry is back to its normal level, and I'm told the results to date appear to be promising. 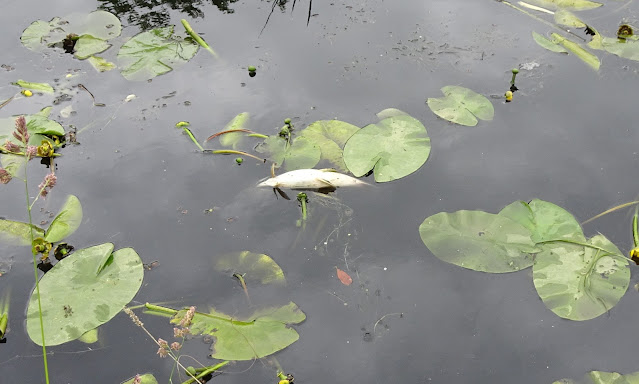 The result of this incident caused many fish and other aquatic life to perish, and worse still, I was informed with photographic evidence seen, of two Otters dead. In my enquiries, I was told of no evidence found on the effect of Odonata caused by the incident, and to add something much more positive to all this, it was pleasing that I found 2 Banded Demoiselle just beyond the affected area last Saturday 2 July.
I'm told the source of this pollution incident has been identified. I hope a case for prosecution is being built, and let's hope it's a successful one with a hefty price to pay for this act of wildlife crime and environmental damage.
Conder Pool.
Can't think of a better Conder Pool update from the ever reliable Howard Stockdale, than his footage of the recently hatched Little Ringed Plover chicks.
View Full Screen