On Monday, I gave Grisedale Brook 2 hours to find 12 Golden-ringed Dragonfly, the result of staking out for 1/4 mile at three positions to Holme Wood. Of these twelve sightings, I eliminated four as duplicate counts, bringing the count to eight.

Fast forward to Hawthornthwaite, where I found just one female Stonechat, which promptly flew off some distance to disappear from view on the east side of Catshaw. A Painted Lady was nice here, also 4 Large White and 2 Small Heath seemed to continue the paucity of butterfly records for me. 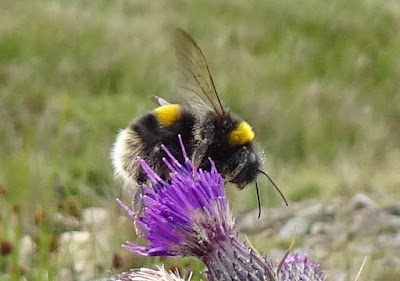 A few White-tailed Bumblebee seen on Hawthornthwaite are regarded as probably Bombus cryptarum, being the species that occupies upland habitats. In July last year, I found at least 60 here, this visit produced less in number.

A heads-up a couple of weeks ago from AC, had me finding 5 Golden-ringed Dragonfly on Cam Brook, to give me the total of an impressive seventeen sightings on the day.

There's never any shortage of examples of human remains to be found in the Forest of Bowland. 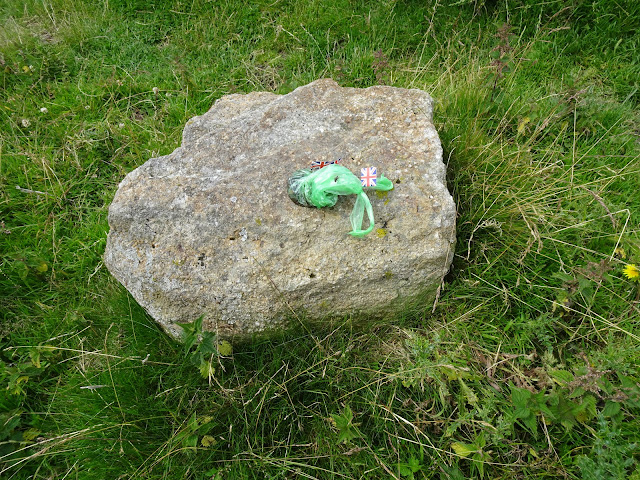 This person - that's me being polite - leaving his dogs crap in a bag at Grisedale Bridge, obviously has a sick sense of humour, with a university degree in ignorance to go with it. 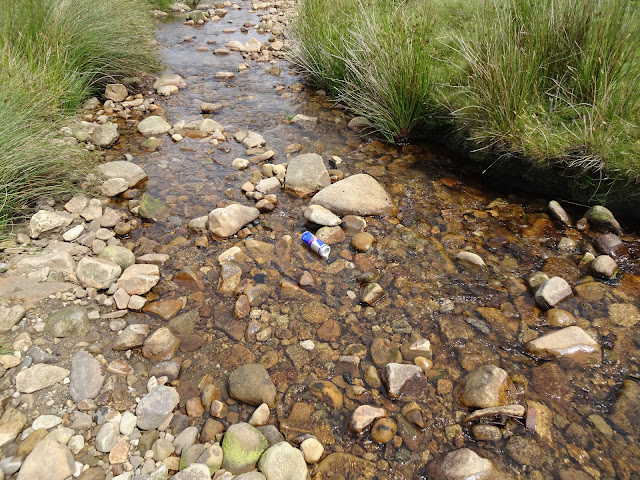 This litter was left behind in the stream below Hawthornthwaite Fell, by some lout who wouldn't have the care to realise they were leaving their empty cans of lager in an AONB....Sad i'nit!

A late record....On Sunday, a walk along the canal to Deep Cutting, was rewarded by 6 Emperor Dragonfly all male.